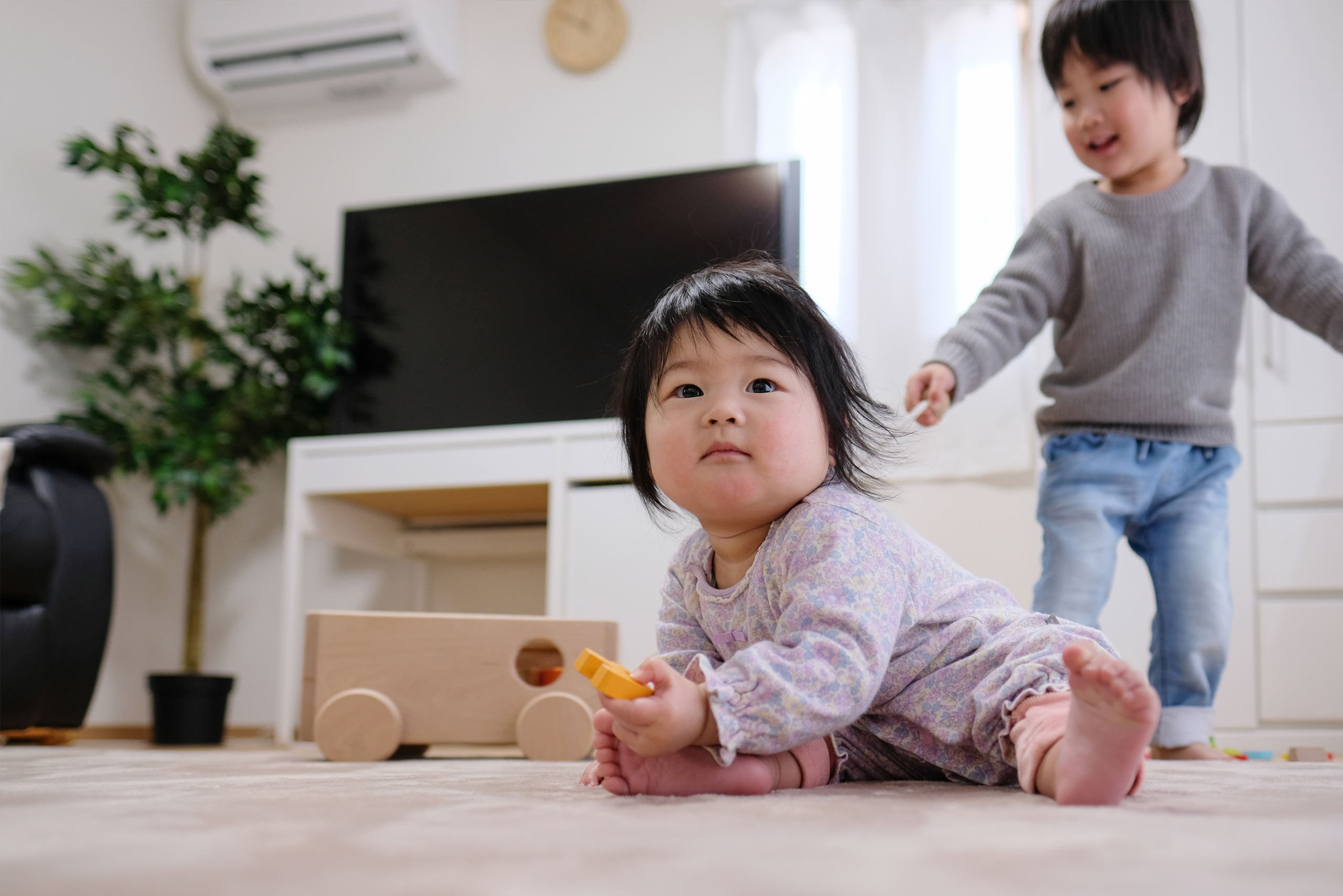 These methods are most common when a baby is less than 6 months of age. However, some methods have been developed to treat some older infants and toddlers without surgical intervention or body casts. Non-surgical treatment methods typically consist of bracing a baby in such a way so that his/her hips are kept in a better position so the hip can go back into place and be held there until the natural growth processes of the baby create a more stable hip joint.

This is a specially designed harness to allow movement and position your baby’s hips in a well aligned and secure position. This movement  and positioning can help a dislocated hip to return to the proper position.

These are also called fixed-abduction braces, because they hold the legs apart with the hips flexed up, but they are not flexible like the Pavlik harness. A brace can be used for infants to hold their hips in a properly aligned position to encourage normal hip joint development. This type of brace is most often used as initial treatment when the doctor can feel that the hip goes back into the socket in this position. This type of brace can also be used as a simpler option following successful reduction with a Pavlik harness, or as an attempt to achieve reduction when the Pavlik harness is unsuccessful.

A method of harness treatment for older infants was developed in Greece by Aggeliki Papadimitriou, and his son Nikolaos Pappadimitriou, MD, PhD. They named this the Modified Hoffman-Daimler method and published an astonishing series of successful patients more than ten years ago in the prestigious, and peer-reviewed American Journal of Bone and Joint Surgery.

At the time of this report, the method seemed impossible and risky, however, since that time, a few children in the USA have undergone this treatment with some success. Members of the International Hip Dysplasia Institute are cautiously beginning to explore the use this method for some children who are diagnosed with a dislocated hip between the ages of six and eighteen months. In November, 2018 a delegation of four IHDI physicians traveled to Greece to study the new method. Additional discussions have identified some key principles that may be useful. Appropriate harnesses and braces for this method are now available at some centers in the USA. The period of treatment and bed rest is about the same as with cast immobilization, but the child maintains active hip movement that may help stimulate hip development, and ease the burden of care; perhaps with fewer episodes of general anesthesia.
Standard care in the USA for children diagnosed between six and eighteen months old is casts or surgery, but the IHDI protocol is promising and could be more widely applied if successful. Contact IHDI if you have additional questions about treatment for older infants. A Power Point presentation is available online for physicians who would like to learn more about this method.

The idea of surgery on a young child is enough to worry any parent. However small children have amazing powers of healing. They can re-grow bones to normal lengths and bends will naturally straighten out. The doctors call this “re-modelling” and it is one of the wonders of pediatric orthopedics. If the hip stays in the joint and a complication known as AVN (avascular necrosis) doesn’t happen, then the bones will look completely normal a couple of years after surgery. After most surgical procedures a spica cast is used to keep the hip aligned in the new, corrected position while the tissues around the hip joint heal and reform into a proper hip joint.

This is the most common treatment between the ages of 6 and 24 months of age. This is a minimally invasive procedure where the physician physically manipulates the ball of the hip back into the socket. This is done with the child under general anesthesia.

This is done when it is suspected that tissue is keeping the head of the femur (the ball at the top of the thigh bone) from going back into the acetabulum (the socket). In young children, clearing out the hip joint may be all that’s needed. In older children, the ligaments of the hip also need to be repaired.

This is done when the hip socket needs repair. There are several different types of pelvic osteotomy and the choice depends on the particular shape of the socket needing repair and the surgeon’s experience.

This is done when the upper end of the thigh bone needs to be tipped so the ball points deeper into the socket. This is sometimes called a Varus De-rotational Osteotomy (VDO or VDRO).