So my story really started as a child. My hip would pop out of place and I couldn’t walk so my mom would reset it and I would keep going. I was very active in sports and really had no pain specific to the hip just had really bad leg aches. I went into nursing and the leg pain continued but I thought it was from being on my legs for 12+ hours. I changed shoes and wore compression stockings…and ate ibuprofen until I developed an allergy to it. After some time as a bedside nurse I went into nursing education which required less time on my feet so I don’t really remember having too much pain for some time.

I had two kids and decided I really needed to exercise so I got into running…well this did me in! The pain started deep in the hip. My mom is an orthopedic nurse so she gave me advice but eventually said I really needed to come in and let them X-ray my hips (remembering how my hips popped as a kid). So I did…and the journey began. The PA at their office immediately diagnosed me with a labral tear and hip dysplasia. She said I would need surgery and sent me to a hip preservation surgeon. He said I had a FAI along with the tear and he would repair the tear, fix the impingement and shave some of my femur down. Trusting him I went forward with it…the pain after surgery was horrible! I went back and he of course said it didn’t make sense. He ordered another MRI because I pretty much demanded it and it was normal so he really thought I was crazy and at 6 weeks post op said I just needed pain management and wanted to refer me to a pain management specialist. I of course refused but did later seek one out on my own for an injection in the hip. Thankfully this physician listened to me and told me something had to still be wrong in the hip and so he sent me to a University Hospital to a hip preservation surgeon there. This doctor immediately said it was the instability in my hip because of the dysplasia and the surgery I had just made the instability worse which is why I had increased pain after surgery. I just cried…cried because of the frustration of suffering for weeks after surgery, cried to finally have an answer, and cried because I knew this meant more surgery.

This surgeon said he only did scopes but had a partner who specialized in PAOs which was what I needed. I asked him why not a THR and he said I was too young. So we made the appointment with the next surgeon at the hospital. This doctor is amazing. One of the best bedside manners for a surgeon with his reputation. He agreed a PAO was what I needed. So in August of 2015 I had a right PAO. The surgery was hard and the recovery even harder. I was hoping for the great outcome of others with whom I had networked, but unfortunately I sit today May 2017 still in pain. I finally after over a year of PT stopped as it would only help for a few days (after dry needling and manual therapy). I went back to the pain doctor I saw that sent me to Duke and he has suggested a pain stimulator. So on the 17th of this month I will trial a pain stimulator. I am still numb on my lateral thigh and so we aren’t sure the pain isn’t nerve related. My entire leg often aches as well as does my lower right back. I’m so tired of living in pain as I know many others who have suffered through this are as well.

I did go in December 2016 and have the screws removed hoping that would help and the fellow that was with the doctor who actually made the comment that if my pain didn’t get better I was on the road to a THR. He was actually the first to mention this and so now it plays in my head…should I investigate having a THR? Would I just be adding to my pain even more?? It is so frustrating but thanks to forums such as this and other support groups I know I’m not alone! Even though the surgery did not fix my pain I have to say this new doctor has been amazing walking through over a year with me continuing to treat me and see me whenever needed. He has injected my psoas several times as well as the hip, but he can’t seem to figure out the issue. I am thankful though he has never given up on me and pray one day we figure this whole thing out! 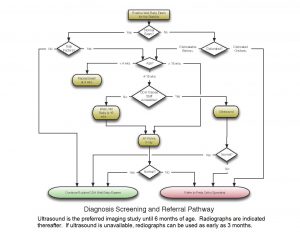